BACK TO LOVE CRUISE 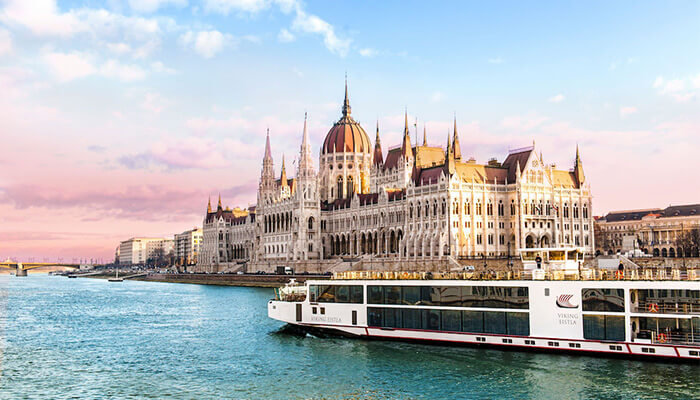 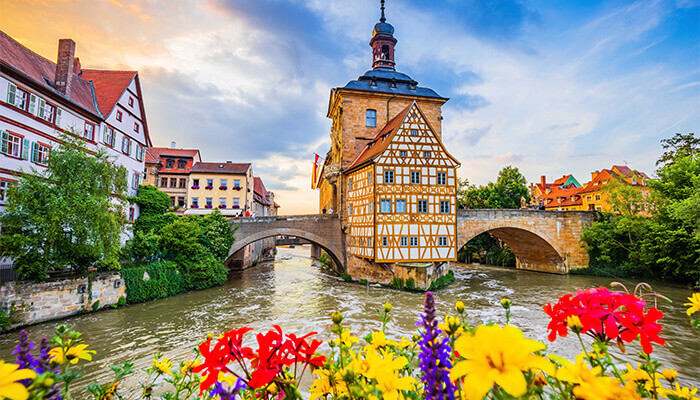 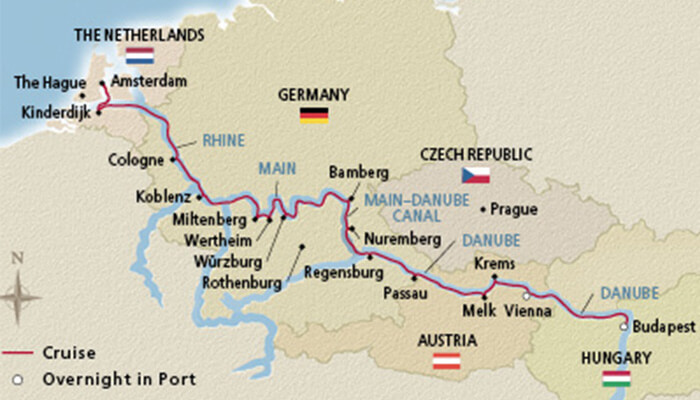 Travel through the heart of Europe

Admire Rhine Valley vistas from a 900-year-old castle. Sample the food and wine of Austria’s Wachau Valley. Learn the Viennese waltz and linger in Budapest’s Café Gerbeaud.
Indulge all your senses on this 15-day journey spanning the best of Europe. Our most iconic itinerary traces the Rhine, Main and Danube Rivers between the windmill-dotted waterways of Holland and the stunning landscapes of Hungary, with engaging encounters at every bend.

DAY 1:
Amsterdam canal bridge
Amsterdam, The Netherlands
Capital of The Netherlands, Amsterdam is renowned for its museums, colourful gardens, abundance of bicycles and endless lattice of canals.

DAY 2:
Kinderdijk Windmills
Kinderdijk, The Netherlands
The South Holland village community of Kinderdijk includes a set of 19 windmills and other ingenious technologies built in the 18th century to control flooding.

DAY 3:
Cologne Skyline by night
Cologne, Germany
An intriguing mix of old and new, Cologne reveals its Roman heritage in the city layout and ancient ruins that lie scattered through the town.

DAY 4:
Marksburg Castle, Germany
Koblenz, Germany
On a breathtaking stretch of the Rhine that leads from medieval Koblenz to Braubach to Rüdesheim, the 13th-century Marksburg Castle towers over the river.

DAY 5:
Miltenberg Bridge
Miltenberg, Germany
Lively and romantic, the medieval town of Miltenberg on the Main River lies amid one of Germany’s fine wine–producing regions.

DAY 6:
Wurzburg Residenz Courtyard Statue
Würzburg, Germany
Würzburg is home to the Bishops’ Residenz, one of Germany’s largest and most ornate palaces and a UNESCO World Heritage Site.

DAY 8:
River in Nuremberg
Nuremberg, Germany
One of Germany’s most renowned and intriguing cities, Nuremberg is surrounded by 13th-century walls that have many fully intact gates and watchtowers.

DAY 9:
Regensburg Cathedral Rooftops
Regensburg, Germany
Having escaped major damage during World War II, the picturesque town of Regensburg is one of Europe’s best preserved medieval cities and the oldest city along the Danube.

DAY 14:
Parliament Building in Budapest
Budapest, Hungary
Budapest is aptly called “Paris of the East” for its beautiful evening illumination and reflected lights in the Danube’s waters.

Itinerary and shore excursions are subject to change and may vary by departure.

Terms and Conditions
Prices are per person, in Australian dollars, based on double occupancy, subject to availability, includes all advertised discounts and correct at time of printing. Guests are required to be fully vaccinated against COVID-19 at time of travel. Grand European Cruise based on 17 November 2023 departure. These offers are valid on new bookings made between 05 August 2022 and 31 October 2022 unless sold out prior. For full terms and conditions please contact your itravel agent